Liposuction, a surgical intervention designed to treat superficial and deep deposits of subcutaneous fat distributed in aesthetically unpleasing proportions, has proven to be a successful method of improving body contour.

Liposuction is one of the most commonly performed aesthetic surgical procedures from open extensive excision surgery into a more atraumatic closed one, it is the aesthetic removal of undesirable localized collections of subcutaneous adipose tissue. It gave rise to the modern understanding of minimally scarring and minimally invasive surgery and changed the understanding and preferences of both patients and doctors. It also became the most common procedure in cosmetic surgery world-wide, practiced by an increased number of physicians from various specialties.

Traditional liposuction with blunt-tip fenestrated cannulas remains the most commonly performed surgery for localized fat deposits. Refinements in the use of tumescent solutions, improvements in technique/instrumentation and selection of optimal candidates are critical to maintain its safety profile and effectiveness1. The introduction of power-assisted liposuction (short as PAL) device has undergone developmental changes to improve mechanical disruption of normal and fibrotic fatty areas, in gynecomastia and within firmer tissues after secondary surgery for superior fat extraction. BS-LIPS5 model PAL uses a multi-fenestrated 4.0mm helix triport 3 cannula reciprocated at 2000 to 4000 cpm at a 2-3mm stroke, it greatly decrease the man-power during normal operation. 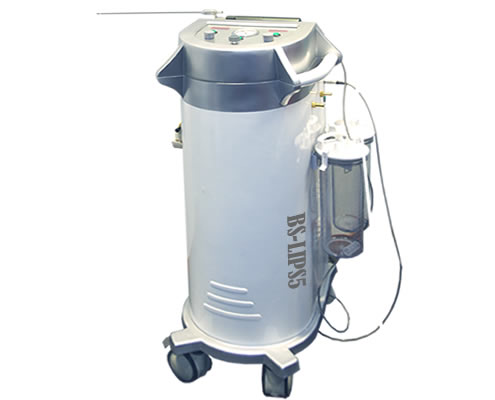